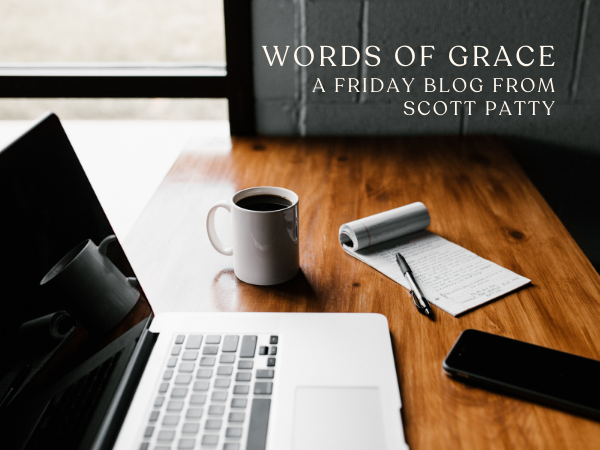 Posted at 10:29h in Words of Grace Blog by Jess Plyler
0 Likes

I grew up with siblings, and we fought with each other. I don’t mean that we said things that hurt each other’s feelings. I mean we fought the old-school way. I had years of experience in hand-to-hand combat before my first day on the school wrestling team. Growing up in my house was preparation for future contact sports.

The thing that exacerbated our tendency to fight was that we were often left alone. Dad and Mom worked. We could find food. We had a television. All was well. This was old-school parenting.

What we had that really mattered was a clear understanding that we belonged to one another; we were family. And we knew that when left alone we had to take care of each other. We knew this because my mother told us so.

Jesus was the leader and Lord of a small group of strong-willed men. They fought. There is no record that they ever fought with their fists, but they did argue. And one of them, Peter, did get violent when Jesus was arrested. He cut off the ear of a soldier. So, we can imagine that things could have gotten out of hand in one of their disputes over who was the greatest if Jesus had not been there to calm and correct them.

By the time we get to John 13, Jesus is leaving his disciples by way of the cross. Knowing them well, he gave a commandment. Love one another.

Really? Love one another? How naive that sounds. Did he really expect these men, with these differing agendas and personalities, under these circumstances, to love one another?

The bottom line is that Jesus left his disciples with a new commandment that they were to love one another as he loved them. He gave them an example to follow, the Holy Spirit to empower them, and his word to guide them. Then he left them to love each other so that all would know they belong to him.

This is what we have today. How are we doing?

I have been around long enough to know that still today we treat Jesus like he is a naive parent, who on the way out the door tells his strong-willed and combative kids to get along and love each other. We may not say it directly to his face, but we shrug off his command to love as if he just doesn’t get the fact that the kids are going to fight. We think that love in the complexities of the Christian community just doesn’t work.

Is it possible that the simple command to love one another is over-qualified, under-applied, belittled, and ignored because it is the one that requires the most self-denial and sacrifice, honesty, humility, hard thinking, and heavy lifting on our part? Do we really think the command to love one another is too simplistic, or is it just too demanding?

Whatever the case, unless we are willing to tell Jesus that he is wrong, we need to hear and heed the new commandment, given to the new community of believers who are made new by the Spirit, to love one another.

This Sunday at Grace Community Church we will hear the new commandment. May it land with newness in our hearts.